Cyberattacks are now so rampant that, for many, it's just a matter of time. You could even be under attack as you're reading this. Cybercriminals are finding new and sophisticated hacking techniques to use your PC without consent. But these basic cybersecurity solutions will put an end to their interference. 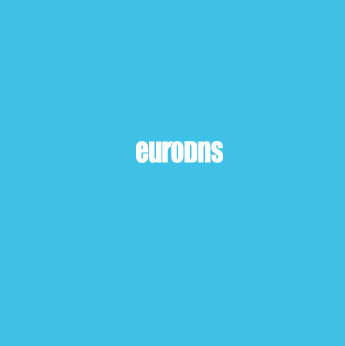 Common hacking techniques you should know about

Phishing emails instruct users to perform actions that would allow attackers to gain entry into systems. Emails may contain links and files that contain malware that, when downloaded to a PC, can take over the device. They may also fool users into giving up access credentials or recovery information that could help hackers to effortlessly log on to the system.

Unfortunately, people often fall prey to such attempts. An Intel study revealed that 97 percent of people surveyed weren't able to tell a phishing email from a legitimate one.

Vulnerabilities could also be in the systems themselves. Computer systems are composed of various layers and components and each of them could have weaknesses that could be exploited by hackers. These faults could be caused by a variety of issues, including bad engineering, faulty design, and undetected bugs.

Another common hacking techniques involves hackers gaining entry to systems through common or weak username and password combinations. Users are still in the habit of using poor passwords such as "123456" and "password." Many network and Internet-of-Things (IoT) devices also come with default credentials which are available publicly. Lazy users who don't bother changing these default settings leave their devices and their networks exposed.

What happens when hackers 'get inside' your device?

Turn your computer into a zombie

Hackers often turn breached systems into “zombies.” These infected computers are used to carry out other forms of cyberattack like sending out more phishing emails to users’ contact lists, or using the network’s connectivity to carry out distributed denial-of-service (DDoS) attacks. DDoS attacks overwhelm target networks and servers with traffic and some of the biggest attacks in recent memory have been due to hundreds of thousands of hijacked IoT devices. These attacks can be done automatically as long as the attacker has access to the system.

Attackers could also spy on you by recording your keystrokes and logging your online activities. They can also search your computer for personally identifiable and financial information as credit card numbers and bank account credentials can be sold to other criminals and fraudsters in the black market. With no cybersecurity solutions in place to stop them, hackers can also steal passwords, credentials, or access to your other devices, and the apps and services that you use to steal more of your data.

Hold your data for ransom

A particularly nasty hacking technique involves planting ransomware on your computer. More and more, ransomware attacks are among the top cybersecurity threats users face. They work by encrypting the target system's files, locking the user out unless a ransom is paid. Often, the ransom demanded is in cryptocurrency like Bitcoin. While demanded ransoms range from a few hundred to a thousand dollars, the downtime and data loss could be catastrophic to businesses. Case in point: the WannaCry ransomware that crippled many networks during a major outbreak in 2017 continues to be a threat today.

The explosion of cryptocurrencies has made it possible for hackers to monetise breached systems. They can install malware that uses the breached computer's processing power and bandwidth to mine cryptocurrencies and send the mined coins to the attacker's own crypto wallet. When pooled together, a network of infected computers could provide significant profits for hackers.

Cybersecurity solutions that are easy to implement

One of the fundamental measures you could take to prevent hackers from controlling your PC is by installing security apps such as antiviruses and firewalls. There is a variety of free and affordable security software available today. Even Windows's native Defender and Firewall do a capable job detecting and preventing threats as long as they are enabled and updated. Opt for solutions that provide real-time protection and periodically scan your system and your files. In addition, use plugins for your email client and browser that check and warn against suspected phishing attempts.

A very basic cybersecurity precaution, don't overlook update prompts from your applications and devices. Developers release these patches for a reason. Aside from fixing bugs and introducing new functionalities, patches and updates may also include timely fixes to known vulnerabilities that could expose you to cyberattacks. Update your network and IoT devices' firmware as well.

Take heed when apps and services advise you to create secure credentials that include combinations of letters, numbers, and symbols. The longer and more complicated they are, the more difficult it is for hackers to crack them. Avoid reusing passwords so that if an app you use gets hacked, attackers won't be able to use the same password to access your other accounts, a common hacking technique known as credential stuffing. Also, remember your passwords. Avoid the all-too-common practice of writing them on a Post-It note stuck on your monitor.

No one wants to fall victim to cyberattacks but it's so easy to commit lapses that could lead to attackers taking control of your computer. Fortunately, there are plenty of cybersecurity solutions out there to help you thwart even the most vicious hacking techniques. But for these to be effective, you, as a user, must be disciplined enough to abide by best practices. Taking extra time and care to secure your devices and your computing routine could help you avoid problems down the line. And, of course, tools like HTTPS-encrypted SSL certificates and DNS services with DNS auto-sign and build-in DDoS mitigation are basic necessities that can help you protect your own users from hackers and cybercriminal interference.

As with your own health, when it comes to cybersecurity, prevention is always better than the cure. Familiarising yourself with basic hacking techniques is the first step to avoiding big problems later on.

Jeff Broth is a business writer, mentor, and personal finance advisor. He has been consulting for SMB owners and entrepreneurs for the past seven years.

Domain securityHow to guidesGuest post
Next article:
Domain name search tips for small business website success
Previous article:
The year's biggest data privacy and cybersecurity concerns
Related articles:
How to Use Social Proof to Increase Awareness and Drive Conversions
Choosing your domain name: 7 mistakes you should avoid
Increase in cyberattacks: how to be better protected?